Anyone reading this who isn't a Cake fan might be wondering, "How can you put a one-hit wonder in the top 40?"

To that I would say, “You clearly don’t know anything about this band.”

Sure, “The Distance” was a great song that still makes its way through radio airwaves and sports arenas, and it definitely helped lift the profile of Cake to be a band with a well-known song.

BUUUUUTTTTT, this band has consistently produced great albums for the good part of the last 25 or so years.

Of course, for some, the monotone singing of front man John McCrea is a bit of a turnoff, but, in my opinion, it is the fact that the band still makes awesome music without a singer like Axl Rose or Steve Perry that makes me like this band even more. 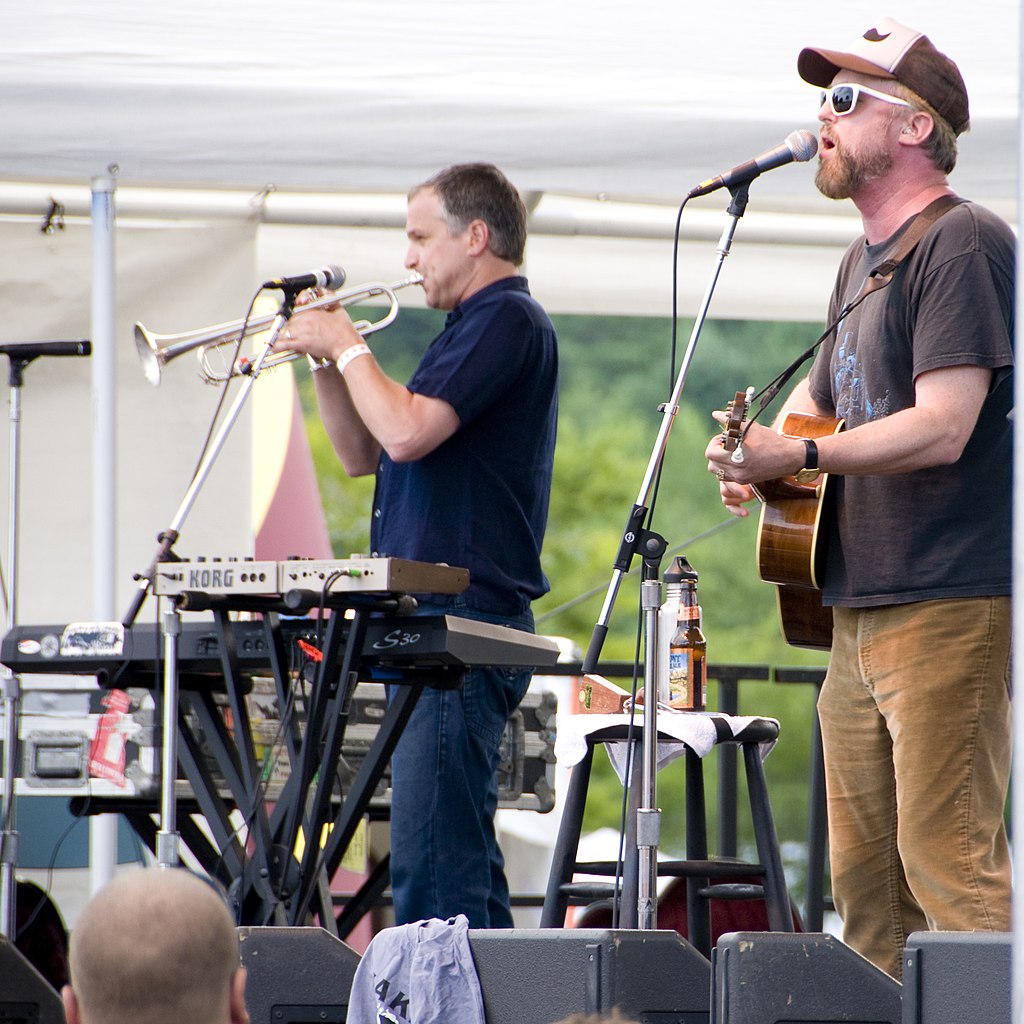 I think beyond “The Distance,” I was immediately hooked on Cake when I heard their rendition of Gloria Gaynor’s “I Will Survive.” It was subtle, melodramatic, and angry without ever having to be scornful or sad. It turned an iconic song into a cult classic and stood alone in its own right.

Both of those songs and another Cake classic - “Friend Is A Four-Letter Word” - all appeared on their second album titled Fashion Nugget. This is easily one of my favorite albums of all time, but I can’t say that it is so much better than any other Cake album. They consistently make great albums that can be listened to in any setting.

The 2001 album Comfort Eagle also had some absolute gems like “Meanwhile, Rick James...” and “Short Skirt/Long Jacket” made this another fantastic album.

Then, just to prove that they could still rock out, they released Pressure Chief in 2004 with some great songs like “No Phone” and “The Guitar Man” that are just fun to listen to.

Then the band took quite a long break before releasing their 6th studio album (titled Showroom of Compassion) in 2011. This is their last studio album, but there have been rumors of another album for years. Nothing materialized to this point, but two new singles have been released since 2018 that are supposedly going to appear on the 7th studio.

Until that day comes, we will keep our fingers crossed, but we highly recommend you catch up on the entire Cake catalog to fully immerse yourself in some laid back rock music.

Coconut Records, The Presidents of the United States of America