This Seattle-based band is one of the very best bands of the post-2000s and though they may not be a household name, they were quite literally music making machines for a good part of 15+ years until they dissolved in December of 2018.

I remember the first few times I heard Minus the Bear I was thoroughly baffled at how guitar player Dave Knudson played tap guitar riffs as easily, quickly and within the right key as he did. It was almost like he was playing a piano on a guitar.

I have played guitar for over 25 years, and I still have no idea how he got so used to playing in that style and whereas most guitarists do it as sort of a “trick” to impress people, Knudson played it to actually create the music for a majority of the band’s songs (at least for most of the early albums). 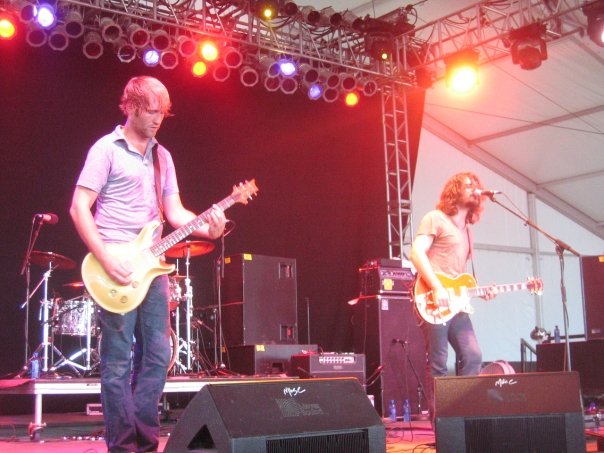 I have seen these guys live at least 3 times from memory, and every time I did see them, they absolutely rocked their show.

One oddly funny (yet sort of annoying story) I have about a show I went to was when I saw them at the House of Blues in Las Vegas back in probably like 2012 or so.

They were finishing their set with the song “Absinthe Party at the Fly Honey Warehouse” and the crowd was jamming along, but some idiot in the crowd threw a half-full aluminum beer can at lead singer Jake Snider and hit his hand while playing guitar.

This was not something Snider took too kindly to as he actually yelled at the guy while playing and finishing the song without really breaking stride. Then at the end of the song, he told the guy he was going to find him after the show.

I was both impressed by his response to such a dumb action from a drunk idiot, and at the same time I was actually pretty annoyed that a douchebag like that got a reaction when that’s the very thing he wanted.

The drunk dude was taken out of the crowd, but the show was over at that point. I secretly wished that the bouncers dragged him backstage to get a 10-minute ass whooping from the band.

Aside from that anecdote, what I can tell you about Minus the Bear is that they have one of the most unique sounds of a rock band that still manages to keep within the genre in a very rocking and modern way.

I personally don’t think they ever made a bad album, but if you twisted my arm to say which one is the best...well, I might have to say my favorite is actually a dead tie between Omni and Highly Refined Pirates.

Most passionate fans would probably see that as blasphemy as HRP has probably the main fan songs on it, and the following two albums of Menus El Oso and Planet of Ice are also incredible albums.

If I were to tell you where to start with this band in terms of what album to pick up, it would definitely be Highly Refined Pirates though. That’s the album that has the most cracking sing-along songs, for sure.

Unfortunately, unless a reunion comes at some point, you won’t be able to catch them live, but I highly recommend you listen to their music as it is equal parts storytelling and a musical art project the likes of which you have almost certainly never heard before.