I would say that for anyone who has ever liked any rock n roll band in the history of the world, then you SHOULD like The Black Keys.

The band consists of just two core members (Dan Auerbach with guitar and vocals and Patrick Carney on drums) which is becoming a bit more common in modern rock, but with the style of blues rock that they play, it would seem like a very tall task to make the music “full.”

Blues rock at its core is really just guitar and singing. The percussion and other instrumentation is there to provide the connection between the audience and the music, but the lyrics and the guitar are the key components for most blues and blues rock, in my opinion.

So, the fact is that there isn’t a NEED for a full band for this style. That’s why so many blues musicians are solo acts.

To actually have a two piece make a perfect accompaniment, and yes, they also have studio musicians and touring musicians play with them to make their music more traditional rock music or sound more full for a lot of their songs (either on record or on stage).

They get their roots from a lot of blues musicians from Mississippi even though they are from Akron, Ohio which might not be the most obvious choice for a band of this genre to come out of. 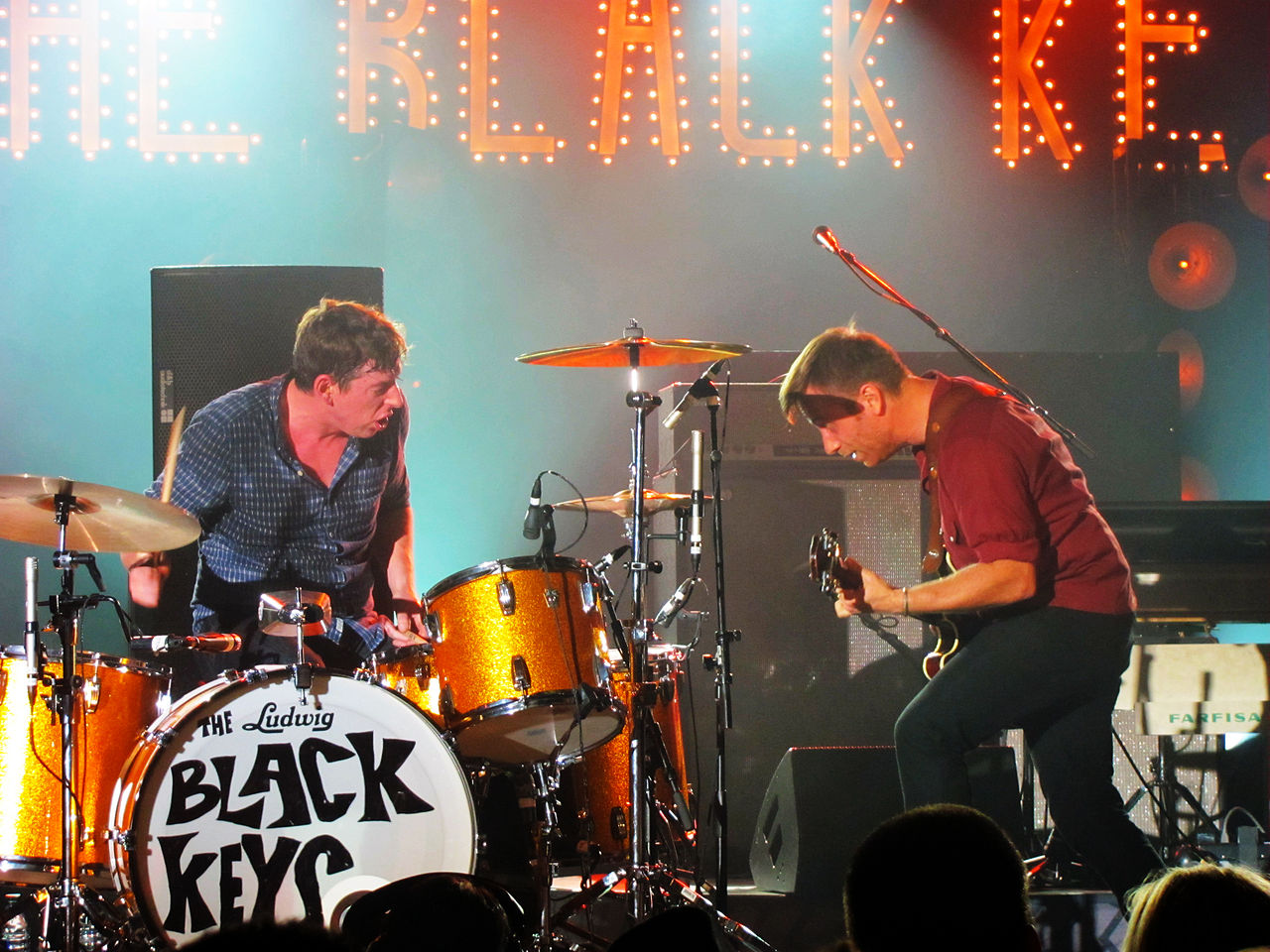 I would say that not many other bands that I can remember took longer to gain their mainstream recognition than did The Black Keys (Portugal. The Man being another slow burner).

I kept hearing about these guys for a couple of years, and they kept putting out good albums that I didn't really get to hear until after they became a bit more well known because the albums were small releases on indie labels.

They toured their asses off, and they even had songs on commercials and TV shows.

Yet, it took about 6 or 7 years before the “buzz” turned into real recognition.

When The Black Keys released their sixth album Brothers, they exploded. I still consider this album by far the best album they have done, and it is VERY high on my list of best albums of all time.

They won three Grammys for that album, and it helped catapult their career, but they still weren’t a household name.

I would say their TRUE big break into the mainstream music universe came when they released “Lonely Boy” which was the lead single of their 7th studio album El Camino.

That song was everywhere. People started to really know who The Black Keys were, and from that point on, I would say that they have been one of the most successful rock bands in the world.

The next single “Gold on the Ceiling” solidified their stardom.

After that point, I feel like the band did a great job of making great rock music while also managing to bring themselves back to their blues roots when needed, even if it wasn’t always the most popular thing to do.

When they launched their 10th album Delta Kream earlier this year, it almost seemed like they were DEFYING fans as they basically just created a tribute album to their influences regardless of whether anyone would like it or not. You can read our review of it here.

Fortunately, it still turned out to be an excellent album even if it isn’t as big of a  mainstream success as some of their previous albums.

I don’t remember the first day I ever heard about The Black Keys, but I do remember seeing them on shows like Late Night with Conan O’Brien and Saturday Night Live back in their earlier days, and I just kept thinking, “These guys are awesome, but I am not really sure if they are ever going to be popular because they seem to be making music just for themselves.”

Of course, that’s what music is all about, but generally you never hear about musicians who are dedicated to that philosophy.

I guess it’s a good thing that The Black Keys ended up deciding to change up their sound just enough to make such a massive impact on rock music and blues rock music over the past 10 or so years.

I can’t imagine a world where they aren’t a successful rock group.