Okay, so for #32 on my list, I have to actually put a band that about 10 years ago would have been much higher on the list, but due to me just burning out a bit on the band, I have to put them a bit lower.

This is not to say that I don’t truly like the band, but I think I may have just listened to them too much in a short period of time so now I am sort of to the point where I have to move them down the list in terms of a personal favorite. 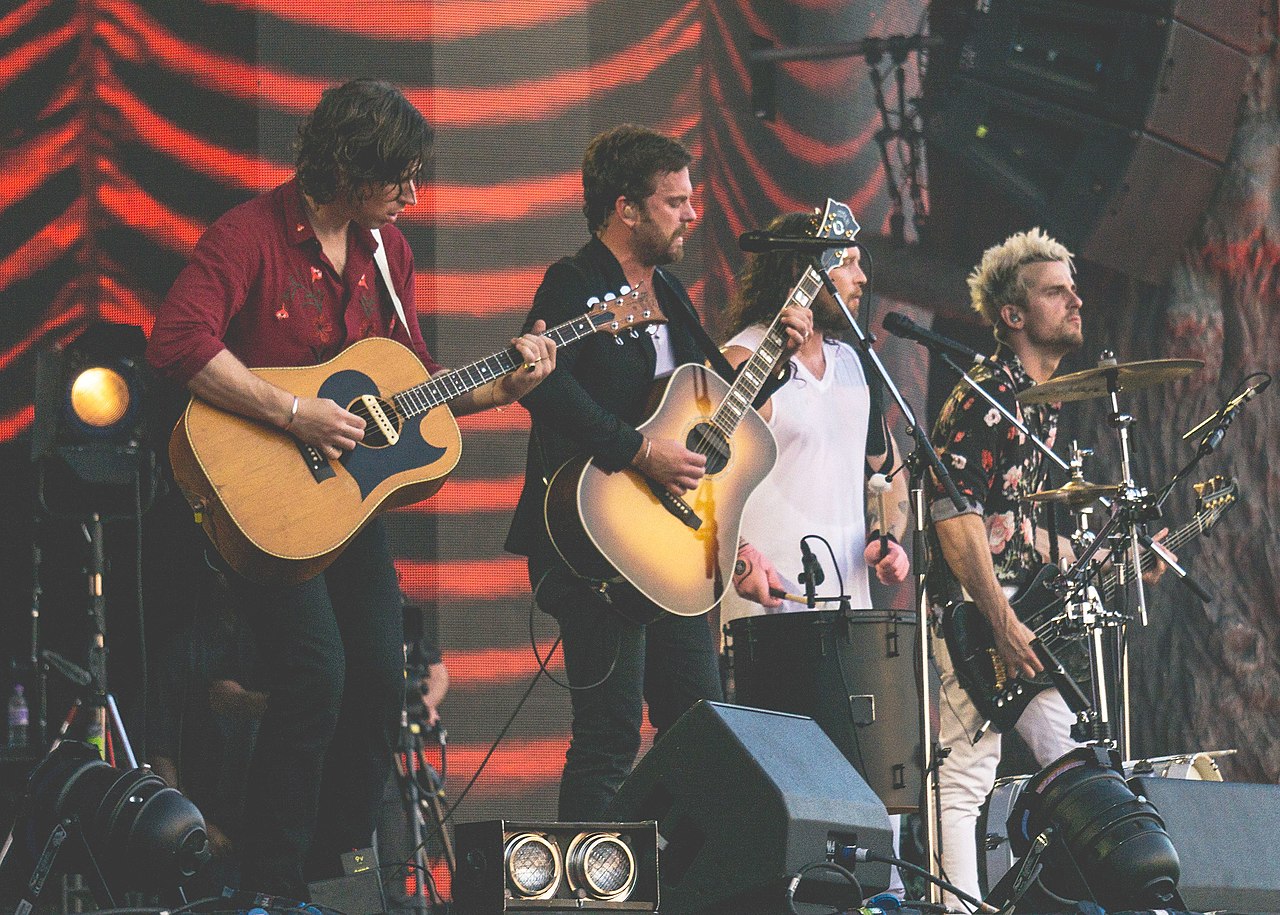 It’s probably no surprise that I have gotten a bit burned out on this band as (like most Americans) you have probably heard songs like “Sex on Fire” and “Use Somebody” were so insanely popular that Kings of Leon seemed to be played on every station across the world on heavy rotation for about 2 or 3 years straight.

Now, I will say that their new material may not hold as much weight in terms of repeat listening ability, but the songs are still incredibly well done and overall have taken a bit of a more laid back tone over the years.

The band’s Nashville roots still come out in all their music, and Caleb Followill may be one of the best rock vocalists in the world right now.

The band is extremely talented, and if you know anything about the formation of KoL, then you might also know that the band consists of 3 brothers and a cousin. One brother (Jared) was so young that he was in high school during the formation of the band, and he had never learned to play bass until after they released their first EP.

Kings of Leon are now world famous and still create a very Lynard Skynard mixed with Nirvana style of music, but, in the end, the band is completely unique in a lot of ways.

I have probably listened to Only By Night about 1000 times as I still think it is probably one of the top 50 albums of all time. If you haven’t heard the rest of that album and only know Kings of Leon from “Sex on Fire”, then start with that album and move to Come Around Sundown after that.

From there, you can work your way back in time to Because of the Times if you are still loving what you hear.

In my heart, I will never stop loving this band at all, but I think I just have to let myself come back to them naturally without being addicted to their music at any given time.