This is a perfect time to celebrate with the band that I have chosen for #33 on my list of Top 40 Before 40 Rock Artists.

Next on my list comes a band that has been around seemingly forever, but has only made a short-lived splash in the U.S. market. It’s the English rock band, Arctic Monkeys.

I can hear all of my English friends cussing me out silently right now for not having this band higher up the list, because in reality, they are absolutely incredible. However, again, I have to make some VERY tough decisions. 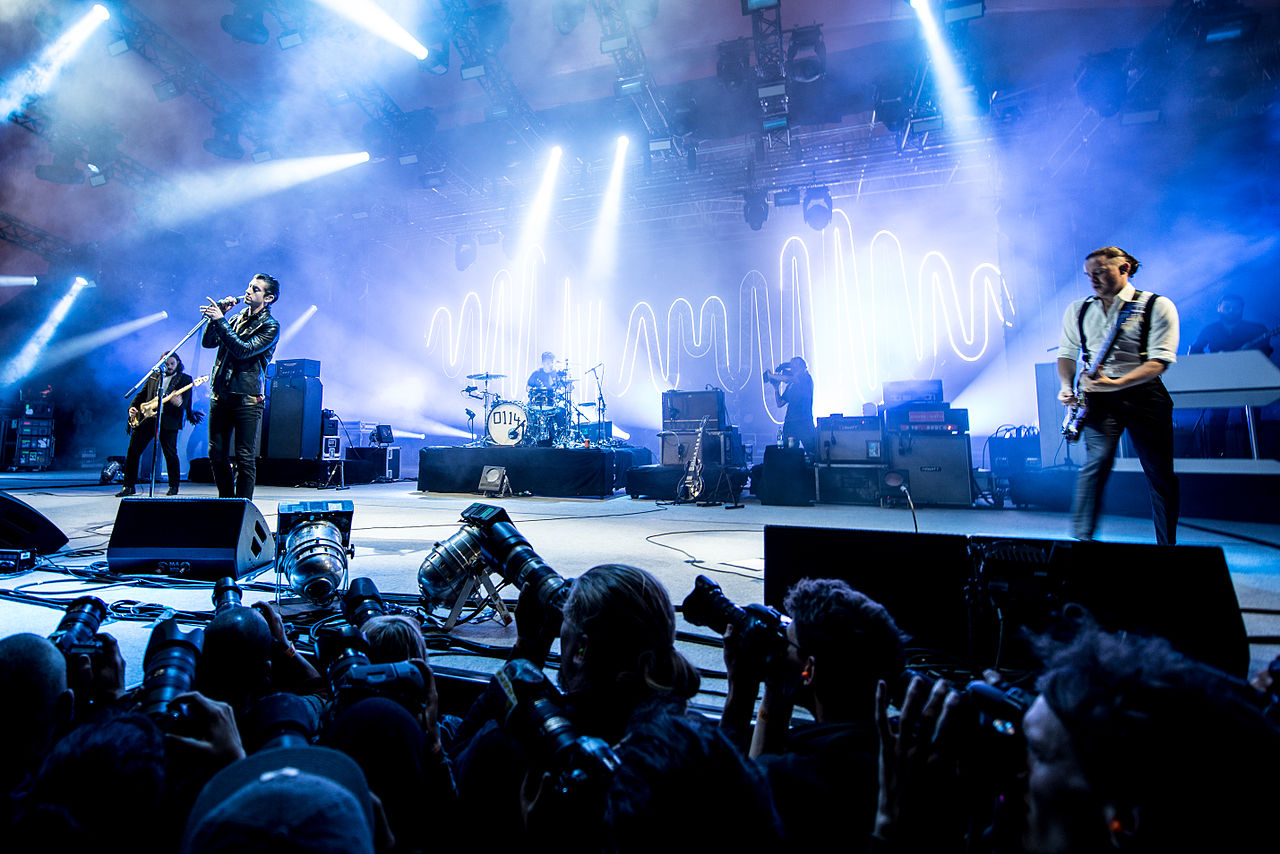 I think I first really started getting into this band when I heard “Mardy Bum” while listening to Pandora back in 2013. Now, that’s not to say that I hadn’t heard of Arctic Monkeys previously. I just hadn’t really listened to them much.

I favorited the song, and started to get a heavier dose of these guys over the next few years. To the point now that I know a ton of their songs as if they were radio classics.

These guys have a classic rock sound akin to something like The Strokes or even Oasis, but I find them to be such a unique sounding band that you will have to really listen to them and see how they subtly move through subject matter and instrumentation to get your own idea of their real “sound.”

Now, these guys made a HUGE splash in the U.S. market later in 2013 when they released their album AM (short for Arctic Monkeys) with hit tracks “Do I Wanna Know?”, “R U Mine?” and “Why’d You Only Call Me When You’re High?” All of which are excellent tracks, and the introduction on “Do I Wanna Know?” still ranks as one of the most iconic guitar riffs that I can think of...again, that ranking is in my own opinion as well.

Another great song on the AM album is “No. 1 Party Anthem.” This album is quality all the way through. Arctic Monkeys purists may say stuff like, “This is a sell out album.” Or something equally ridiculous, but, in reality, the songs are not far from anything that this band has put out before. It just might have a bit heavier sound to it than some of the lighter songs in their past catalogue.

One thing is true, Arctic Monkeys stick to their damn roots. They don’t change their British “accent” while singing, and they don’t shy away from the English-rock influences in their music.

These guys could easily be compared to a modern-version of The Beatles (but with way less notoriety, obviously), but that’s too simple of a comparison, because each band has the ability to go in their own direction and still make some pretty awesome music.