Welcome back! I hope you got everything you wanted this Holiday Season!

At #34 on the list, I am putting a band in here that I became incredibly fond of for providing a lot of the soundtrack to one of my favorite movies (Yes Man). I liked this band even before that, but it was the song “Man Up” that really swayed me in the direction of actually changing my life - along with the movie’s message itself.

It’s a weird thing when a piece of fiction actually causes you to take a hard look at your life and change your ways, but that is exactly what this band and that move did. 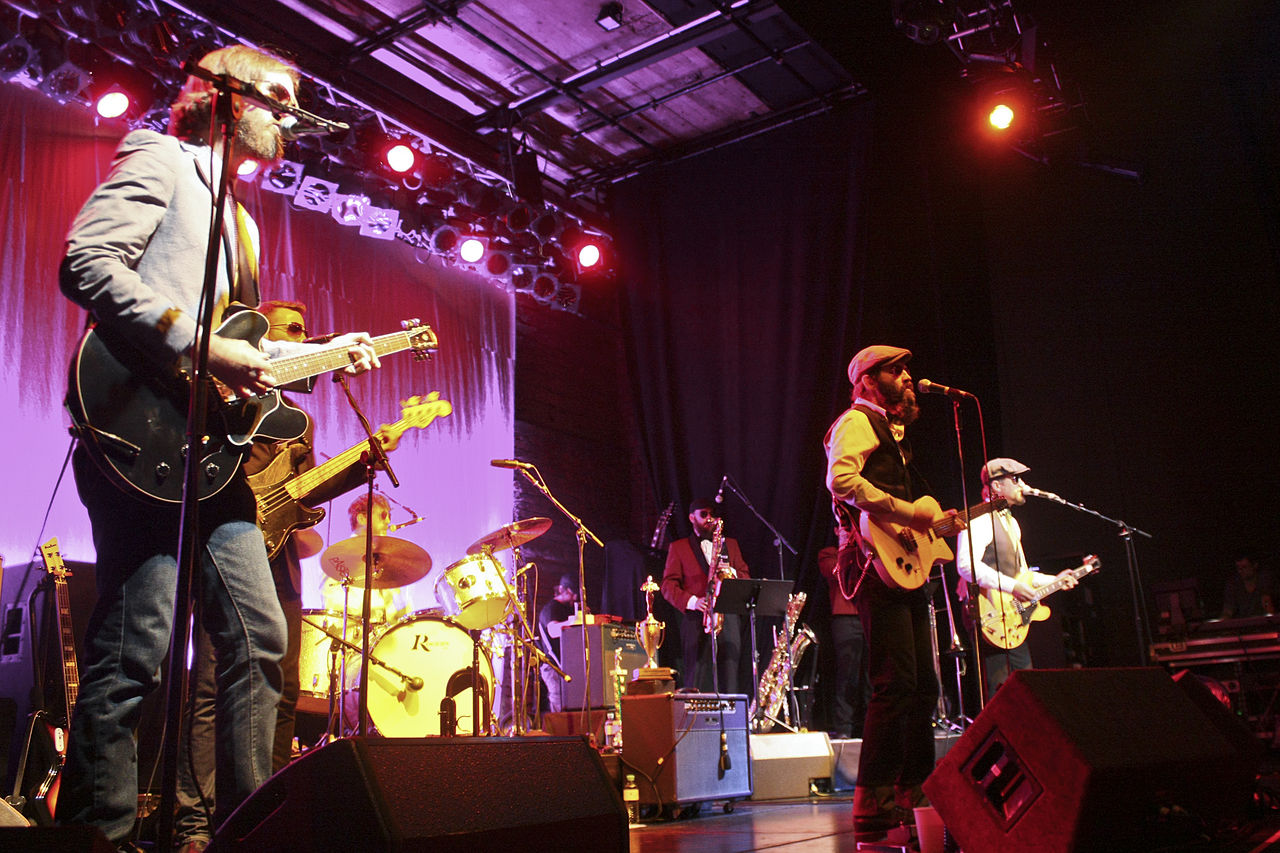 I am referring to Eels which is a Los Angeles based band that has been around since, well, let’s just say the early ‘90’s.The song “Novocaine for the Soul” became an international hit back in 1996 - which was subsequently the first song I had heard from them. Sometimes I actually forget that they were the ones that released this song as they have done such a great job of staying relevant while flying a bit more under the radar these days.

Some of my favorite music that Eels have done have come on albums like Souljacker and Shootenanny as they are quite a bit heavier on the rock riff side, but then there are a lot of great songs on ANY of their albums that are a lot quieter and more melodic.

I sometimes think to myself that Eels do a really good job of making what I can only refer to as “lullaby songs for adults.”

What I mean by this is that the songs are so created to give the appearance of a nice lullaby, but the lyrics happen to be quite devastating at times and the juxtaposition of happy melodies and soul crushing lyrics just makes my heart ache a little more but in a good way. Almost like when I get down I listen to loud music just to get the release of energy to keep my body and mind in a proper balance.

Now, back to the life changing stuff alluded to in the intro of this blog.

It was the message and music behind Yes Man that made me decide to stop blaming the outside world for everything that I saw as keeping me from doing what I wanted and becoming “successful.” Once I took the message to heart, I was a totally different person within about 3 years.

Change doesn’t come overnight, but small daily changes about your mindset and taking steps toward a goal can lead to a drastic lifestyle change over time.

I feel that had I not decided to take this challenge on, I would be completely underperforming in my life to this day. So, I have Jim Carrey and Eels to thank for that change.

Speaking of Jim Carrey and Eels…

If you want to just see a funny video about how guns have taken on a bit of ridiculous culture in the United States, you can watch this parody video called “Cold Dead Hand” that was musically created by Eels and performed as a fake episode of Hee Haw.

If you are new to the music of Eels, I recommend starting your journey with Shootenany and moving on from there as you see fit. There are 100’s of good songs to listen to over 30 plus years of albums.