Blink-182 was pretty much my favorite band through most of high school and college in the late 90’s and early 2000’s. So much so that I even fronted a pop-punk, power trio called Five Star complete with a few Blink cover songs in our setlist.

The original line up of Blink-182 (with Scott Raynor on drums, Mark Hoppus on bass and Tom DeLonge on guitar) quickly grew to be a staple in the CD rotation of my friends and I in high school with the release of their 2nd LP, Dude Ranch in 1997.

The song “Dammit” was the first taste most of the world would know of Blink-182, and even after that album came out, my friends and I became obsessed with their other album Cheshire Cat and the demo album Buddha which was re-released by Kung Fu Records in 1998 as the band gained more and more notoriety.

Like many pop-punk and garage bands of the time, my friends and I thought that Blink-182 was the coolest band ever, and we wanted to try to emulate (but not copy) the styles that they laid out. Heck, we even told jokes at the few shows we played - a learned trait from having watched Blink-182 play live shows and make crude jokes between songs. 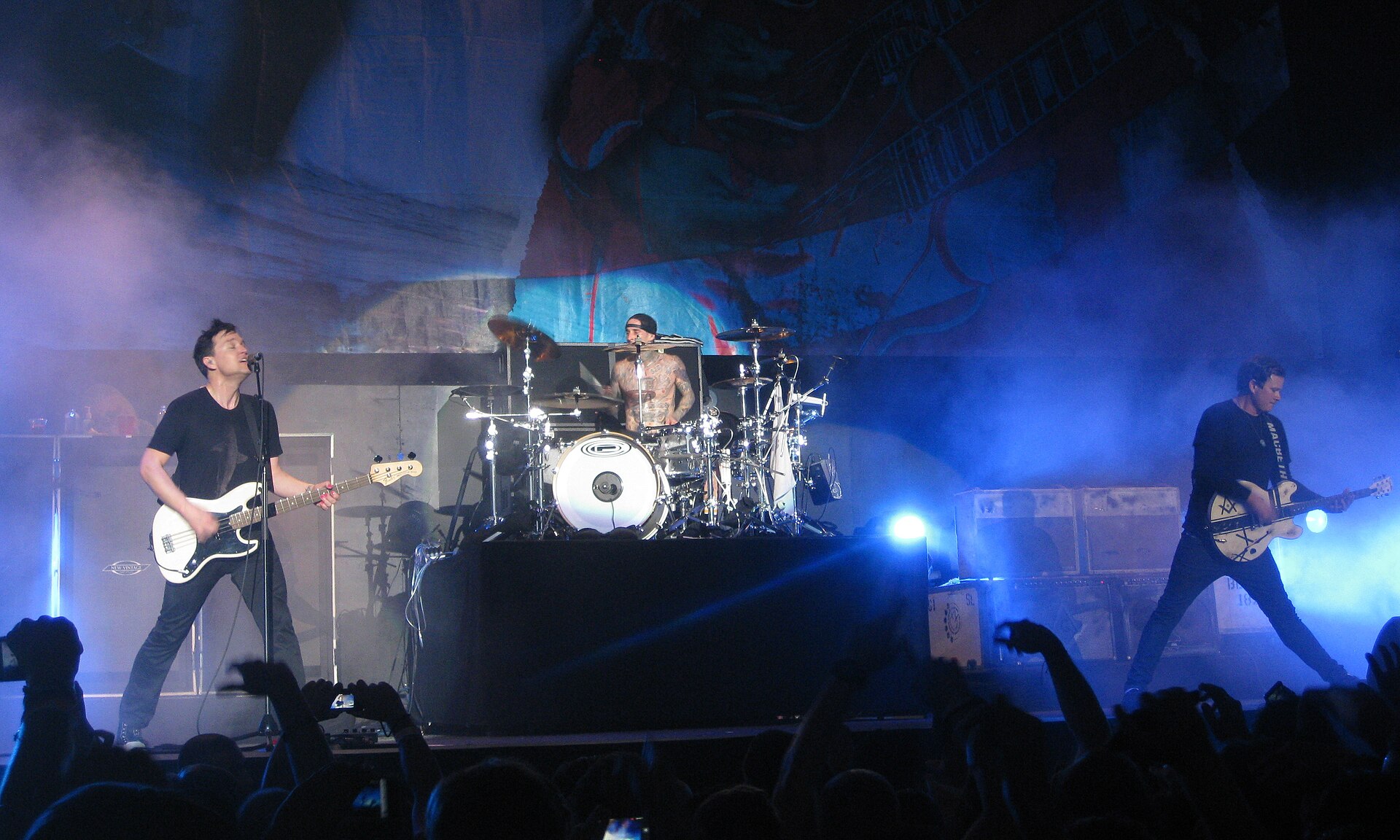 If you are unfamiliar with this band, well, let me be the first to welcome you to Planet Earth. It’s getting hotter here every year, and we may not have much time left, but at least you discovered an awesome band before this planet is turned to rubble.

After the success of Dude Ranch, I just remember my friends and I thinking that Blink-182 was going to be massively successful once their next album came out, but what happened in reality was something none of us could have ever imagined.

When the next album Enema of the State was released, there were a couple of things that made us believe that the band was going to be even more successful than we thought:

1 - New drummer Travis Barker (formerly of the Aquabats) was drumming circles around most modern rock drummers with an insane skill level that brought tons of new energy to the songs.

2 - The production value of the songs was clean, tight, and not too overproduced. It was about as perfect of production levels as you can get without over doing it.

3 - The songs seemed a BIT more mature, but they still had a few of the immature joke type songs on the album that fans had come to love over the years.

So, it was no surprise that when the first single off the album, “What’s My Age Again?”, was released that the band immediately started getting national attention. It probably didn’t hurt that they were all running around mostly naked in the video which caused both a collective anti-Blink and oppositely pro-Blink reactions. That controversy immediately helped them rise at a meteoric rate.

Then when the band parodied other pop acts of the time (Backstreet Boys, Christina Aguilera, etc…) in the next music video for “All The Small Things,” the band was certifiably a mainstream success story. They broke all sorts of barriers for a “punk” band, and thanks in a lot of ways to MTV’s “Total Request Live” (TRL) and its host Carson Daly, the band was a household name.

And if you are thinking to yourself, “Isn’t the whole point of ‘punk’ music to not be popular?” Well, you MAY have a point, but, in my opinion, punk is a way of life - not a financial limitation. You can still be “punk” in a lot of ways without sacrificing your well-being or limiting your goals.

After years of contention between the band, Hoppus and Barker ended up recruiting Matt Skiba from the band Alkaline Trio to take over for DeLonge who left the band to pursuit his other passion - the search for extraterrestrial lifeforms (through his company To The Stars).

Skiba fit in perfectly with the rest of the band, and, in my honest opinion, they are making music that is as good now as they have ever made music in the past. So, if you haven’t listened to the last two albums California and Nine (named as such because Hoppus & Barker decided Buddha was the first studio album), then you are missing out. Go check them out right now.

And, yeah, for the extraterrestrials, you are going to love this band.