I often wonder what the world would be like if Kurt Cobain hadn’t killed himself, and Nirvana went on to keep playing rock music well into their 50’s and 60’s. It seems so strange that it would ever happen even if all the best-case scenarios were aligned.

I would think that the band would have tensions after years of a lead singer who shied away from fame, who had mental health issues, and who abused drugs regularly. Even if Cobain managed to stay alive, my guess is that Nirvana had very little left in the tank as a band.

So, maybe there would have been a few reunion tours or something, but in every scenario I can imagine, Dave Grohl would still have managed to find a way to create a side project. Thus, the Foo Fighters would have come to fruition with or without the tragedy of Cobain’s death, in my opinion.

Grohl is simply too talented, too ambitious, too grounded and too charismatic to have sat behind a drum set for the rest of his life no matter how impossibly talented he is and was at playing a kit.

It is easy to hate on a band that has been as successful as the Foo Fighters have, but Grohl’s infectious positive attitude, his insane ability to play guitar as well (or almost as well) as drums, his powerhouse rock voice, and his ability to pump out rock anthem after rock anthem is truly one of the most incredible stories from a rock and roll band in the 21st century. 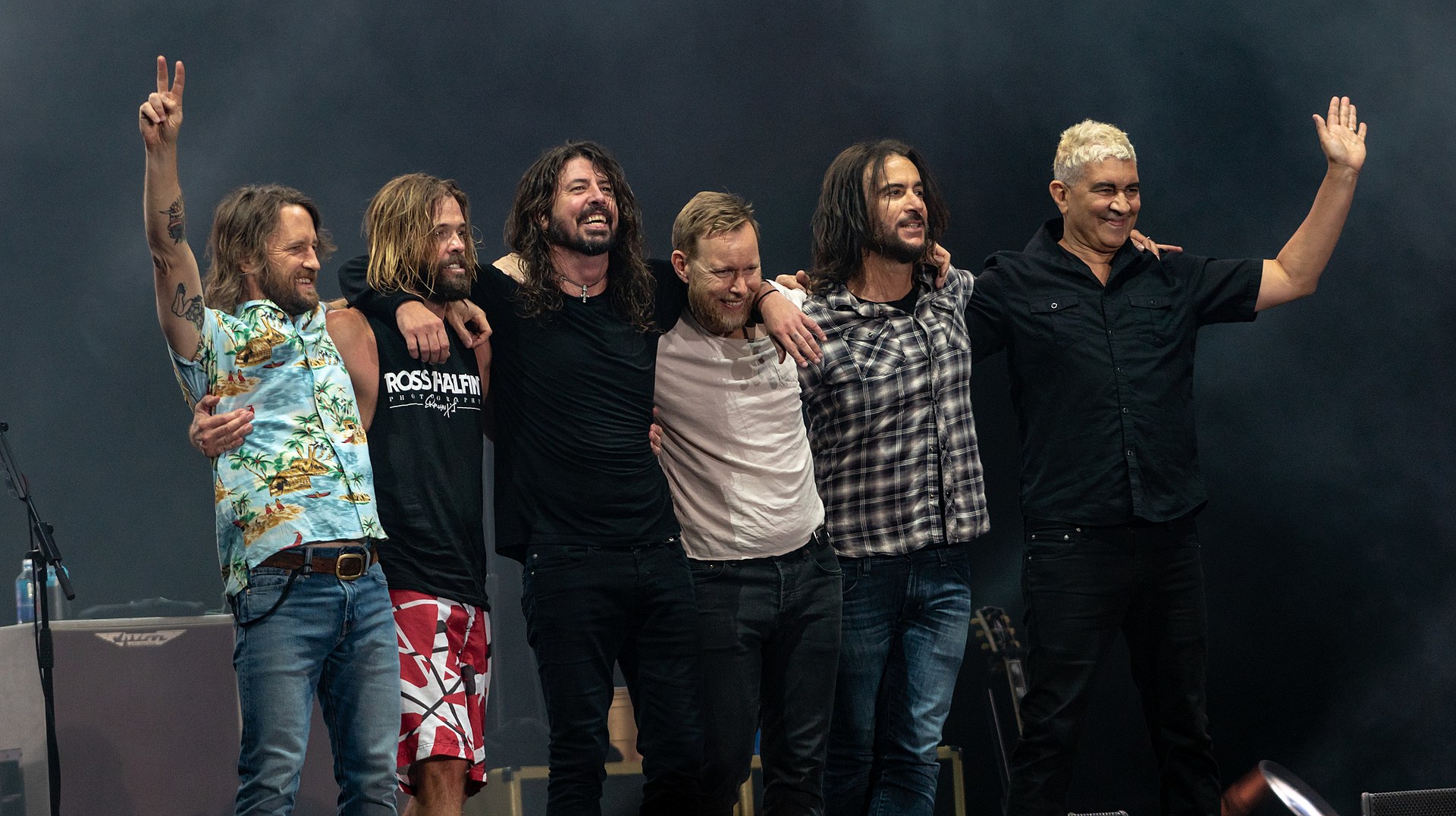 For those of you who are late to the party on Foo Fighters, well, these guys have been around since lead singer Dave Grohl released the first self-titled album back in 1995 where he played all the instruments himself except a few small parts on a couple of songs that had guest musicians.

He had to form a band as the album (which he recorded in just 5 days) was gaining some buzz and Grohl licensed it to Capitol Records to be released through his new label Roswell Records.

Enter Nate Mendel (bass) and William Goldsmith (drums) from recently dissolved band Sunny Day Real Estate which was another Seattle-area grunge rock band of the time, as well as former Nirvana touring guitarist Pat Smear to help fill the band out and create a full lineup.

Goldsmith would later quit the band and be replaced by Taylor Hawkins who might have been best known at the time for being a touring drummer for Canadian pop rock icon Alanis Morrissette.

Smear left the band after a few years and was replaced first by Franz Stahl who was later replaced by Chris Shiflett (former guitarist for No Use For A Name and Me First and the Gimme Gimmes). Smear came back in 2010 and has been with the band since.

Rami Jaffee (The Wallflowers) fills out the current lineup on keys these days.

The band continuously fills stadiums, amphitheaters and headlines international tours and festivals, but they never seem to let the fame and notoriety go to their heads.

Grohl, knowing full well how important going to concerts are to fans, once broke his leg after falling off a stage in Sweden midway through a tour. Well, he made lemonade out of lemons and after just a few hours of going to the hospital and coming back, he FINISHED the damn concert with a cast on his leg from a wheelchair while having a medic tend to his leg.

The band kept stalling while they waited for Grohl to come back from the hospital, and fans were treated to a truly once-in-a-lifetime moment at one of the most storied rock concerts of all time.

They had to cancel the rest of the European tour, but Grohl went on to play their entire U.S. tour the next year with a custom wheelchair stylized by guitars that resembled the Game of Thrones throne but with massive Foo flair. They called that “leg” of the tour “The Broken Leg Tour.”

It would take a lot of bad albums in a row to really drop this band off of my Top 40 list, because to this point, they have done so many great things that it is hard not to put them in the top 5 permanently.

I have sung their songs (like so many other rock fans) so many times that damn near every word of many of their songs is seared into my brain like a mantra.

“I’ve got another confession to make…” Dave Grohl is a living legend, and we should all appreciate his talents for as long as he can perform.